The starting point for our free and inclusive Ralph & the Rockpile Ride this coming Monday, October 19th, is Flying Bison Brewing Company (860 Seneca Street, 6pm start, brewery will be closed, see below for many pandemic-induced changes to Slow Roll), dearly beloved in Buffalo’s bike community for its longtime support – most notably for its Rusty Chain beer, which was conceived as a fundraiser for then-nascent and now established nonprofit GObike Buffalo.

While much has changed since then – including a boom in local beer and a new bike-based nascent nonprofit in Slow Roll Buffalo – Flying Bison remains one of the pillars of Buffalo’s brewing community, and a go-to for fundraising among hundreds of local community organizations. Learn more below from its founder, Tim Herzog, and join us for the ride!

What inspired you to open your own brewery?

[laughs] Well, there wasn’t one.

Beyond that, I discovered beer that had actual flavor to it when I was 18 years old – that was in the summer, and I came from Rochester to Buffalo that autumn and was pleased to find things like O’Keefe’s Ale, Guinness Foreign Export, Molson Stock Ale. Beers that most folks probably don’t remember. At that time I didn’t know about the science, engineering and art that went into it all, but I knew there was some reason I wanted to drink those beers, and that I didn’t care for the usual club soda with about 5% of booze in it.

So I basically became a professional beer complainer, until Betsy and I got married and she got me a brewing kit as a gag gift, saying, “You think you can do better, big shot? Give it a shot.” That’s where the brewing came from – she doesn’t find herself so funny anymore…

…from there, it’s been a very slippery slope. I love brewing – even if I don’t get to drink it, I love the experience of brewing, and knowing that friends and family like to drink it. We just pushed and pushed til we jumped off the cliff, and now I get to enjoy it on this much greater scale. 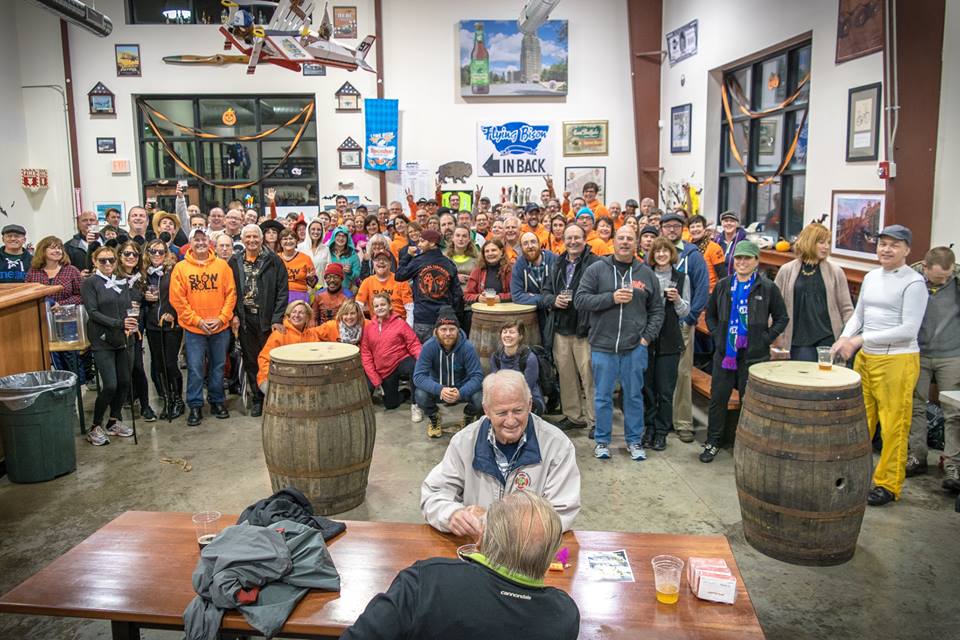 We know Rusty Chain beer benefited GObike greatly – how do you reflect on the popularity of that beer?

I think there are two parts to it.

One part is that the biking community has realized that we like them and we want them to come and have a beer with us, or go have a beer on their own as a way to relax after enjoying their ride, to have a beer that’s not gonna knock em out after one or two. The bike community has been very responsive to a beer thats brewed kind of for them – that’s the way it started. We love being involved with the community, with GObike and Slow Roll and some of the great things we’re seeing happening in Buffalo, being some little part of it.

The other part is that it fits into a lot of other situations – it’s also become the “after you paint the house” or “wash down a pizza” beer, a go-to at the end of the day for a banker or accountant.

How has the pandemic affected Flying Bison and you personally?

Business-wise, it cut us off at the knees like it did most everyone else. Bars and restaurants are more than 50% of our business, so it’s been a heavy hit. We’re very fortunate to have qualified for the PPP (Payroll Protection Program), which has helped us keep all our brewers in place.

Personally, I missed sort of the first month of the pandemic by being one of the fortunate few who got Covid in mid-March – I spent 10 days down, really hard, fevers and headaches – I’m extremely lucky that I recovered. Unfortunately, there were no tests available then, so even though I’ve had three positive tests since for the antibodies, I can’t help with the plasma donation program.

What I can do is to keep pleading with people to wear a damn mask and please believe me that it’s real, please believe me that you don’t want it. Anyone who says it’s just like the flu has never had either the flu or Covid – I’ve had both, and Covid is altogether different. I was a half-step from the hospital and have friends who were in hospital for almost two months – one was on a respirator for 30-35 of the 50 days he was in the hospital.

Sometimes, someone says they don’t know anyone who’s had it, and I correct them by saying that they’re looking at one.

What do you envision for the future of Flying Bison?

In the short-term, we’re gonna be more reliant on the sampling room than the past. In the past, it’s been a way for people to come in and try our beer, then hopefully go to their favorite restaurant or store and buy some; now, with so many places being closed, we’ve got to have that revenue coming in the door. We’re able to open with limited capacity and have curbside pickup, so we’re taking what we can get.

Long-term, when hopefully we’re able to return to “normal,” I’d be very excited to go back to samplings at Wegman’s, going to see my favorite bars and bartenders, trying to help em out with seasonal beers – stuff I did before all this mess. I miss that part of my job.

The ironic part about the whole thing is that one of the things I like so much about my job – seeing people, meeting new people out in public places – that’s how I got sick, because I got exposed to it in a crowd.

Hopefully we can find a way around that scientifically, so we can can get back to it. 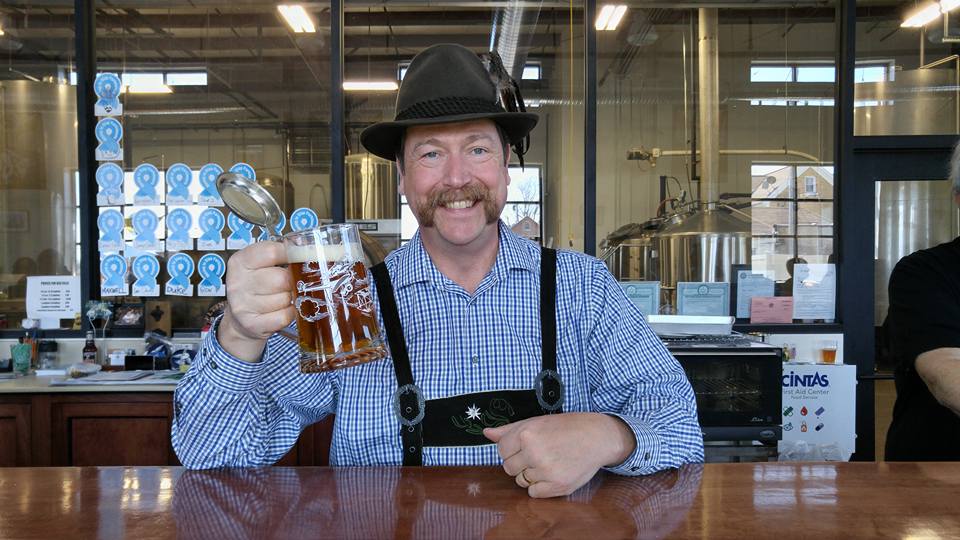 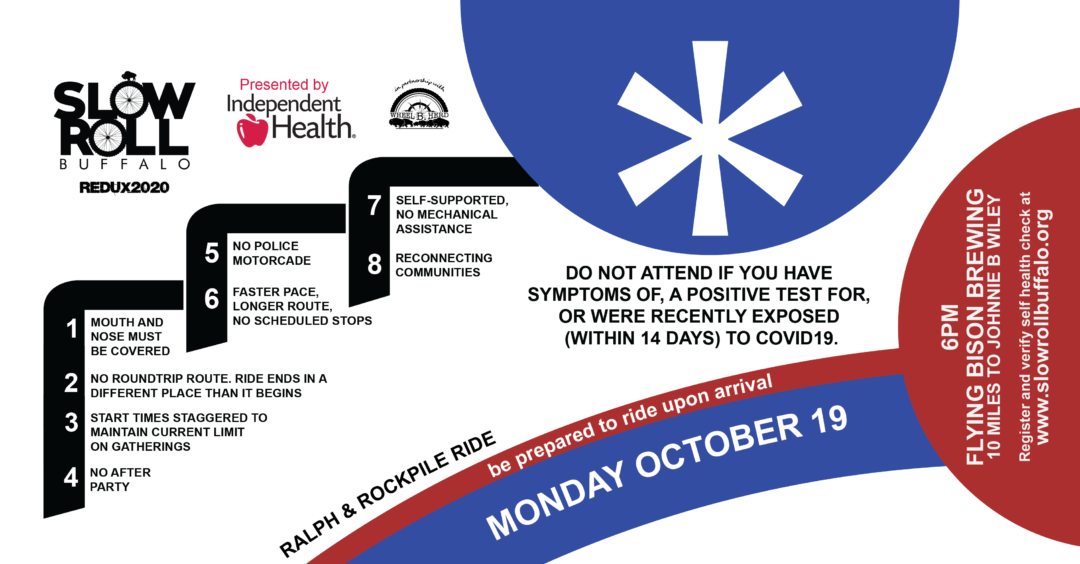