Get to Know Betty Jean Grant

Get to Know Betty Jean Grant

No one pounds the pavement in Buffalo like Betty Jean Grant.

And no one will ever know how many lives Betty Jean saved in Buffalo by pounding the pavement with personal protective equipment (PPE) from the onset of the pandemic. However heroic that may be, it’s business as usual for Betty Jean.

In considering who we should “Get to Know” before our free and inclusive Voter Registration Ride this coming Monday, October 5th, starting from Community Beer Works (CBW, 520 7th Street, 6pm start for October Monday rides, see below for the many pandemic-induced changes to Slow Roll), let’s recall that while Slow Roll has welcomed many people over the years to setup a voter registration table before our rides, Betty Jean Grant always literally takes it a step further by walking around the crowd with forms.

Betty Jean Grant was born and raised in Covington, Tennessee, outside of Memphis, and after a stint in Chicago, followed her high school sweetheart to Buffalo in 1970. A longtime resident of the Kensington-Bailey neighborhood, she’s served on the Buffalo Common Council, Buffalo Public School Board of Education, and Erie County Legislature, all while operating Grant’s Variety Shop at 1055 East Ferry since 1980, which has long been a place where people can register to vote, and more recently become a hub for free distribution of such necessities as masks and sanitizer – which, of course, she took a step further by pounding the pavement to deliver throughout Buffalo’s East Side, as explained below.

Before that, make sure you’re up on the basics of voting, as lifted here from our friends at CBW:

Click here to check you status and to find your local polling place.

Click here for instructions on getting and using an absentee ballot in NYS.

And now, get to know Betty Jean Grant:

I was inspired by my mother’s life. We didn’t call it “activism” in Tennessee in the 60s, but she was what we’d call the “neighborhood nurse.” She didn’t have any medical training, but when someone got sick, she’d make sure they took their medication, and when people had problems, they’d come and ask her what she thought.

I didn’t know how much she was respected until she died – so many people came to her funeral to honor her, it struck me that she was such a good person, they all appreciated her. She died fairly young. So when I came to Buffalo, I decided I should get involved in my newly-adopted hometown. I started working at the VA hospital in the 70s, then my husband and I opened a small store on East Ferry where he’d bought some property, and Grant’s Variety Shop has been in business continuously since 1980.

I became the neighborhood person people come to when they had a problem, when they need some information – they’d come to store to find out what’s going on in the community.

Then I got involved in politics from the store, when a staffer for State Senator Anthony Nanula came in and asked me if I wanted to get involved. I said, “No, no, no” – at that time, politics didn’t have such a good reputation in my community. He said I could do what I’d been doing already and do it wider, and help people as a committee person, so I went and got elected to that.

Then when Beverly Gray wanted to run for the Common Council, because of my reputation between the store and writing articles in the Challenger and Criterion, I became her campaign manager. Many people didn’t think she was gonna make it – she didn’t have a broad base, organizations didn’t support her, but she got elected. I then took my experience with her and ran for the council in the University District, where I was able to continue my advocacy as an elected official.

I had a hands-on campaign style – I give everybody my phone number, that’s how I ran my office. So I was able to stay in tune with the community through elected office – first as a council member, then as a school board member, then as county legislator for 11 years – I still remain connected with my community.

That’s why I founded We Are Women Warriors in 2015 – after the killing of Trayvon Martin, and the way things were going with police in Buffalo, people here were afraid of the relationship between the police and their children. We started it to be a community advocacy group, to inform, educate and empower citizens – especially women in Buffalo, which has a large contingency of female head of households. We heard their fears, and started a biweekly meeting at the Merriweather Library where people could come to hear what’s going on, get information, lodge complaints and network. 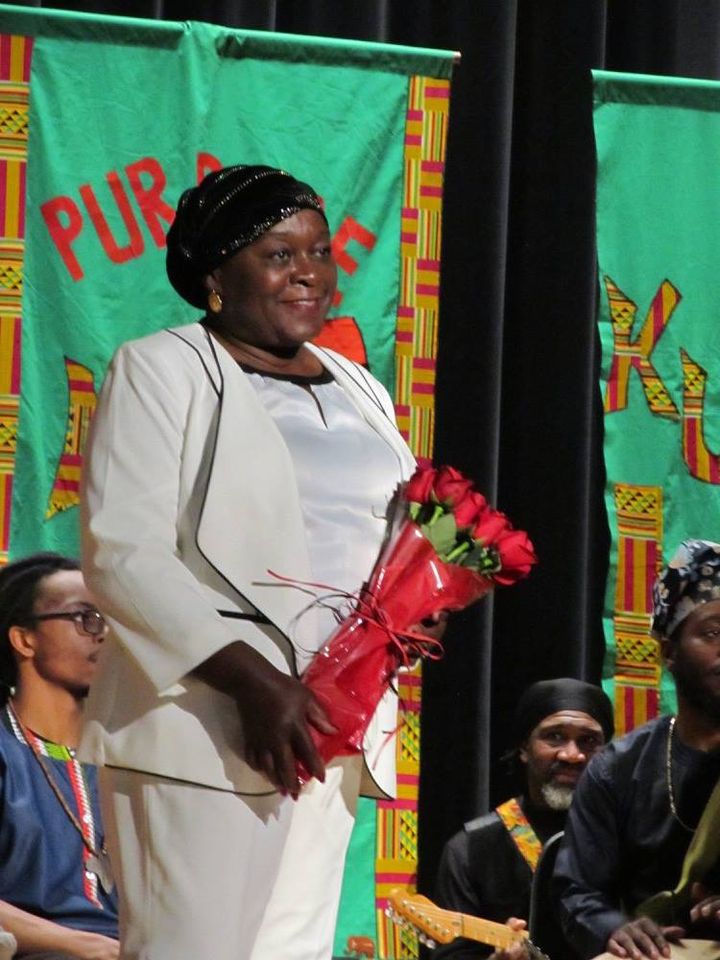 How have you applied that energy to voter registration?

I first got a call about that in the 90s, from Arthur Eve, who had his State Assembly office on Fillmore. He was passionate about voter registration, too, and he came by the store with a stack of forms. What I’ve done is taken that passion he had, and went to another level when I was hired by Erie County Board of Elections in 2018 to do community outreach for voter registration – I’d go to festivals, colleges, anywhere I could, and in 2018 I signed up more than 800 people to vote.

How have you been advocating for our community specifically since the onset of the pandemic?

I saw a need this year when Covid-19 hit, that there was very little interest from many in the Black community. Many didn’t know how serious it was, or thought it was a conspiracy theory, so it was kinda hard to get em to wear masks at first, especially males. Around the first of March, I bought a box of masks from ABC Hardware, and asked the owner if he could donate boxes that I could pass around the community. Many people are struggling, they can’t buy a mask, but they’d take one if you could give em one, so I’d go up and down the street in my car passing out masks and sanitizer. I knew that if the virus were to have an impact on our city, it would affect those of low income, those who are poverty-stricken or have other issues health-wise, they’d be an easy target.

I got my daughter to do a video for what you need to do to keep safe – stay distant, stop gathering, use a mask and sanitizer – and we did this starting in the middle of March for three hours a day every day through July, in my car. I called it the “PPE SUV.”

I’ve not had one day since where I’ve not given out masks – people come into the store or drive up, and no questions asked, we give you masks and sanitizer. I know that if you need a mask and only had a dollar, and you want a can of beer, 9 times out of 10 you’ll probably buy that can of beer. So I make sure that if they want the mask, I’ll provide it free of charge – thanks to the generosity of ABC Hardware and so many community members from all over the area who have the means to make donations, we’ve given out more than 3,000 masks.

I’ve been very blessed, being able to express the need for wearing masks – people who told me in February and March that the disease was a hoax are now coming in for masks and sanitizer for their community, and we provide it.

In your opinion, what’s Buffalo’s greatest asset and most urgent problem?

I think Buffalo’s greatest asset is its people. People who will work together for change, community activists who will form coalitions, people willing to step outside of their comfort zone and family to work for the good of community and betterment of humanity.

Our greatest liability could be the same thing, too – because even though we have many groups here, there seems to be some division when people start to unite – the same things that brought them together over months or years somehow still keep them apart. Different groups wind up fighting or competing for the little bit of community funding that’s available, instead of working together to form a plan to help the community overall.

My hope is that we’ll become more united.

How can people get involved in your work?

I am accessible – people can call me, 716-602-5877. I put my phone number out there so much, people think it’s a service line – they call wanting to apply for heat, everything.

We have another group called Mothers for Justice that’s starting to collaborate now – it has a greater base of women across Buffalo and Erie County, working to find solutions to issues around unfair treatment by law enforcement. I tell people that while we’re very much sad that George Floyd was killed, people in Buffalo have lost their lives at the hands of police as well, and we have to really focus on that, finding solutions. We have to do something about the relationship between law enforcement and our community.

And everything I do, I post on Facebook. I’m transparent, which is something that’s gotten me in trouble sometimes, but I have no qualms about that. 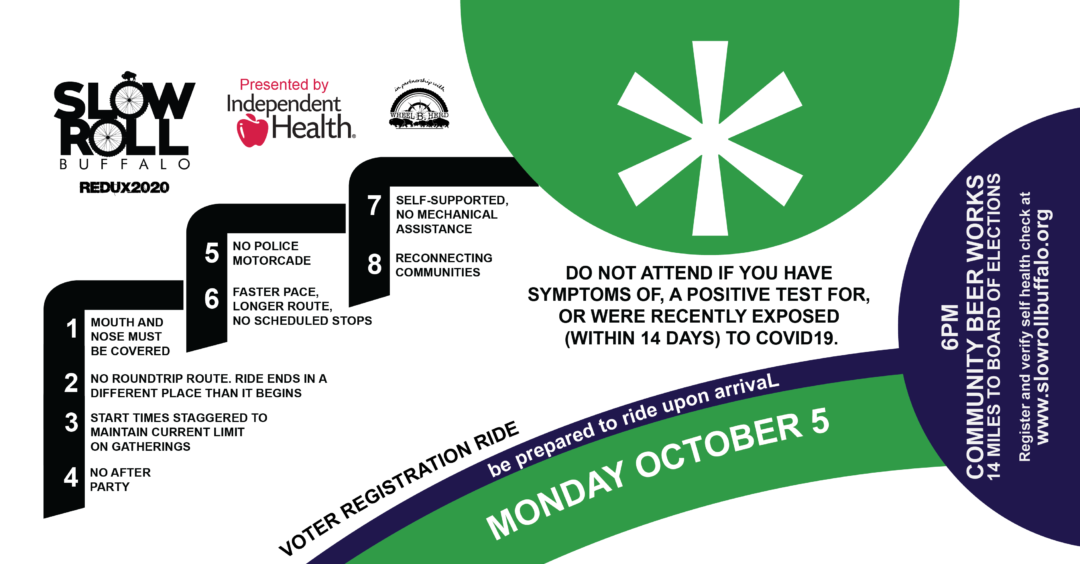