Meet (at) The Colored Musicians Club

Home/News/Meet (at) The Colored Musicians Club
Previous Next

Meet (at) The Colored Musicians Club

Our annual free and inclusive Labor Day Ride on Monday, September 7th, will begin at one of our favorite venues, the Colored Musicians Club (CMC, 145 Broadway, 6:30pm start, see below for the many pandemic-induced changes to Slow Roll), founded in 1917 by Black musicians in response to their being denied membership in Buffalo’s all-white musicians union, and now the longest continuously-operating Black musicians club in the United States.

Our 15-mile route prepared with input from the Coalition for Economic Justice will pass locations of note to the local labor movement, including teachers, healthcare workers, steelworkers, firefighters, postal workers, and Buffalo’s newest union in the workers of Spot Coffee. The ride will end at The Freedom Wall, whose 28 honored civil rights icons include labor leaders such as Martin Luther King, who was assassinated while visiting Memphis in support of sanitation workers.

To catch up with the CMC, we called outgoing president and leader of the big band that usually performs every Monday night, George Scott.

What’s new at CMC since Slow Roll was there last year?

We’re getting closer to beginning the work for the addition onto the club. For some time, we’ve been wanting to put an elevator onto the club to accommodate everyone. Our stairs are pretty steep; we do have a chair lift, though it’s one person at a time and sometimes it’s a bit of a drag. With an elevator, folks in wheelchairs can come up to the second floor and enjoy that live jazz music.

And what’s good about the addition besides having the elevator – now we’re gonna have a warmup room for bands, that we could do other stuff with. Maybe you wanna do a lecture on the neighborhood, then then bring people into the club for music and food and drinks. And we’ll be able to do lessons again, bring kids in – before, since we added the museum downstairs, we had lessons in the barroom, and we don’t really wanna have kids there.  Overall, we’ll be able to have more programming and more music going throughout the entire week, so we can see a lot more excitement and action at the club. 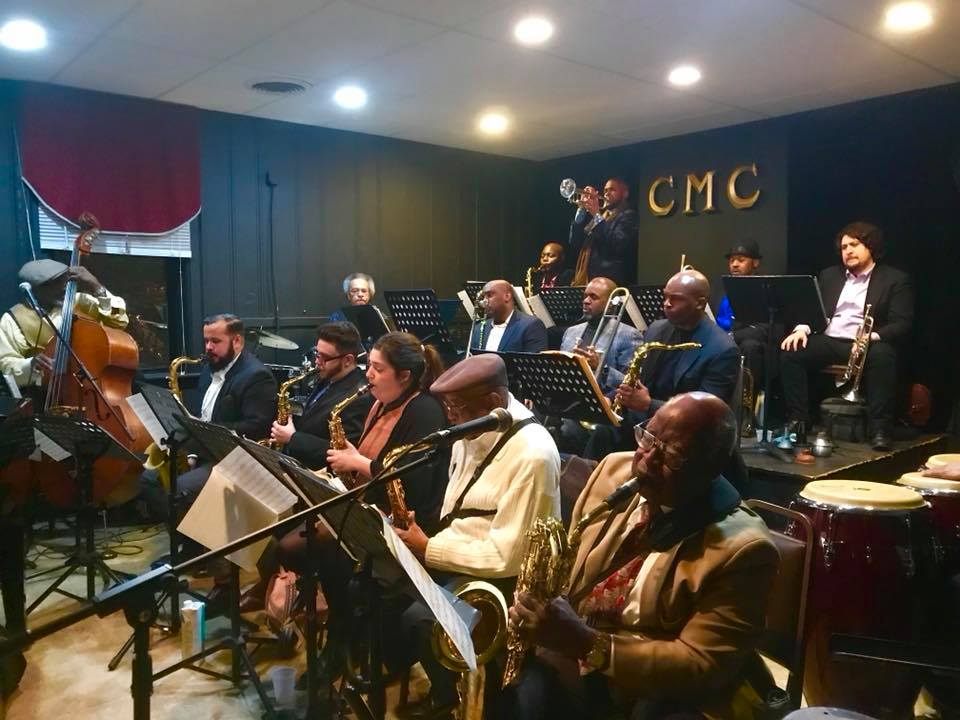 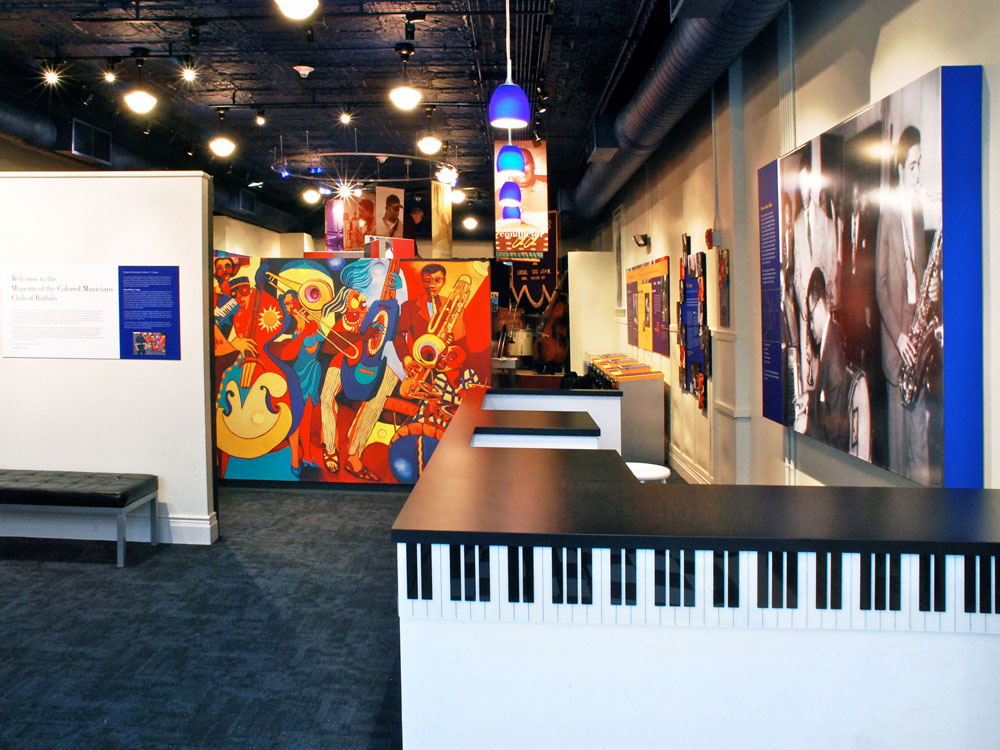 CMC’s new museum located at street level below the club

How is CMC connected to the labor movement?

The very existence of the CMC was because of the men that had formed a union, Local 533, since back in those early 1900’s, Black musicians weren’t allowed in the musicians union – that was a national law, it wasn’t just Buffalo. They fought and fought, and finally, on February 3rd, 1917, the American Federation of Musicians gave in and allowed em to have their own union.

Back then, the unions were very strong – you couldn’t just walk into a place and play like you can today. You had to have a card, and they had guys go out and check on all these clubs, whether top-notch or a dive, they all had to do it. The 533 actually outdid the white union – they had money in the bank and were organized. And they had in their favor the fact that jazz was becoming the sound of choice – more than anything, that helped advance their growth.

In 1969, the 533 decided to merge with the white musicians union, because of the civil rights movement. So the 43 white union and 533 merged, and from that point on it’s now known as Local 93.

What’s the state of the musicians’ labor movement today?

In recent years, we’ve had quite a few musicians get called for gigs through other bands, and the union assisted us on a project with the Buffalo Philharmonic Orchestra as well as when we celebrated our centennial.

But if you look at things right now with this pandemic, musicians are getting killed, because you can’t have so many people gathering. The fact that you can’t advertise, and you’re going out there playing for virtually nothing, how can you function? There’s no union presence to stand up and say, “Look, Governor, you gotta meet us halfway.” Some musicians and trying to sue the governor, but it’s not the union, and that’s what they’re supposed to do.

How has the pandemic affected CMC?

Well, it’s hurt us like a lotta the other businesses and bars – we made our money on activity. With the big bands in particular have not been able to come together – the size limitations really killed any possibility to have a big band even practice. We talked about playing in the parking lot, but the problem was that if more than 50 people come out there, we could be shut down.

It’s been one dilemma after another. And it’s been such a beautiful summer, too. My band had five big gigs set up for this summer; couldn’t do any of em. Everything have more or less been stymied.

What’s coming up in the near future with CMC and how can folks get involved in general?

Hopefully we can get to a point soon that if we won’t be able to have music in the club, at least we’ll have musicians playing around the city to keep it goin’. We had an announcement in place, but with the rules changing so much, we couldn’t go to even Plan B or C or D, so that’s still in the air. We will have an announcement soon to break ground on the addition.

Anyone can become a member of the club for $35 – you can go to our website, fill out the application, and boom! 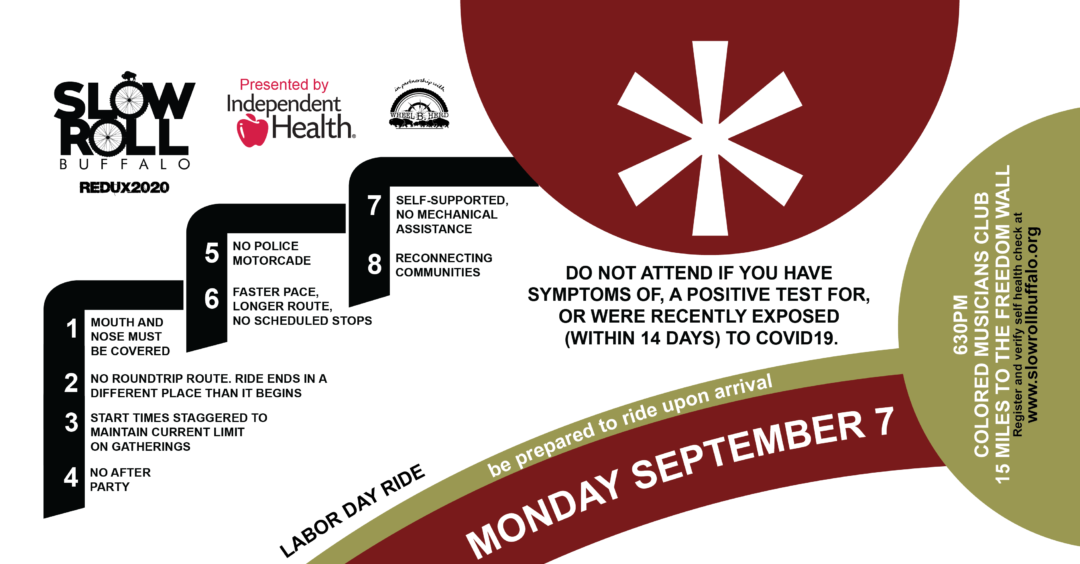