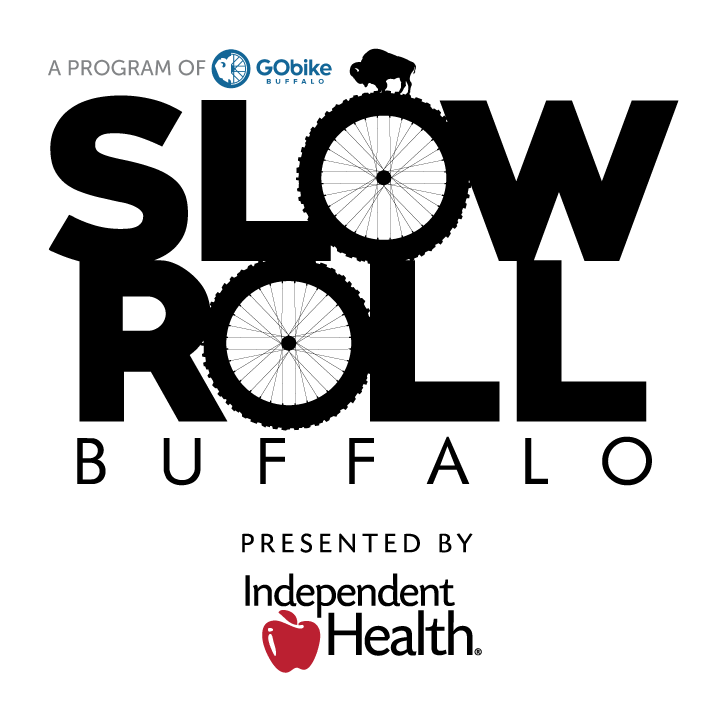 Our free and inclusive Chateau Buffalo Ride this coming Monday, September 16th, is named after our afterparty wine partner which is headquartered at the Niagara Frontier Food Terminal (NFFT, 1500 Clinton Street, 6:30pm sharp start). Also housed in this historic art-deco collection of buildings is a store for our partner African Heritage Food Co-op, among others. Learn more below from NFFT director of development Matthew Wattles.

When was the terminal built, what was its original function, and how has its use evolved since?

The Niagara Frontier Food Terminal was built in 1931 to relieve the congested Elk Street and Washington Street markets. Food merchants who occupied those markets decided it was important to have a state-of-the-art food terminal to service the fast growing city of Buffalo, so they co-developed the Niagara Frontier Food Terminal with the Erie and Nickel Plate Railroad. These food merchants were the Terminal’s first tenants and shareholders.

The original 60-acre site consisted of 10 buildings and a rail yard capable of handling hundreds of rail cars. Also included was the farmers market across Clinton street. The railroad tracks extended into the site along the backs of some buildings so produce, dairy, eggs, and meats could be unloaded and sold under covered canopies in the front.

How does NFFT contribute to our community?

The Niagara Frontier Food Terminal is a business park that fills the need for affordable flex space. Many startup businesses grow their operations in a market setting that easily accommodates their customers. There are also food-related businesses, such as the African Heritage Food Co-Op, that provide fresh food in a part of the city that is generally a food desert. The Food Terminal also contributes to the artist community of Buffalo by offering affordable art space and studios.

What kind of spaces are currently open for new tenants, and what does NFFT look for in a tenant?

There are currently spaces available ranging from 400 to 27,000 square feet for all sorts of tenants. Space is available that is perfect for businesses doing production or manufacturing with a retail element. We seek tenants with unique products that will bring customers to the site. 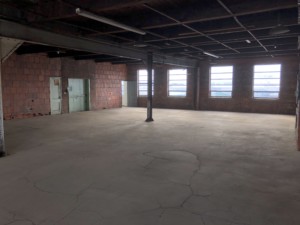 Chateau Buffalo is a great example of the potential our space has to offer. Artists and artisans are also welcome at the Food Terminal. In the near future, many affordable artist studios with excellent natural light with tall ceilings will become available. 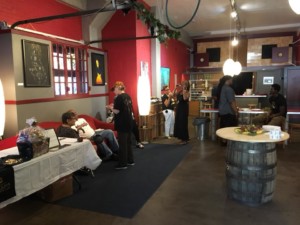 What are your favorite fun facts that few know about NFFT?

There is a full-service gas and diesel filling station in the back of the complex. It was established to service the Terminal’s bustling truck traffic, but it is also open to the public and offers affordable gas and diesel.

Some of Buffalo’s biggest food distributors got started at the Food Terminal. James Desiderio Inc. and Tarantino Foods were both tenants until moving to large warehouses nearby.

The John W. Cowper Company was general contractor for construction of the Niagara Frontier Food Terminal. The same company also constructed other prominent buildings in Buffalo – University of Buffalo’s Foster Hall, The Buffalo Athletic Club building at 69 Delaware Ave, The Marine Trust Bank Building, The Rand Building on Lafayette Square, and The Curtiss-Wright Corp. airplane factory in Cheektowaga were all constructed by the same company.

The Food Terminal has over 30 original freight elevators that still operate using technology from 1931. 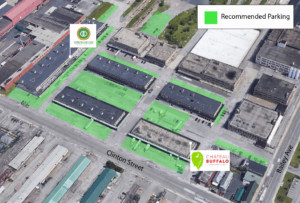 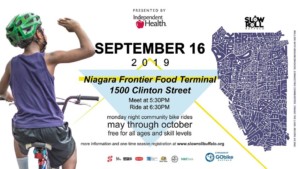