Under the stewardship of Rick Smith, who also owns neighboring Rigidized Metals, Silo City has become a brilliant representation of Buffalo’s transformation – from an industrial powerhouse, to a decaying disaster, to a unique canvas for creative and communal rejuvenation. Our Beau Fleuve Ride will gather beside the 27-acre section in the midst of a metamorphosis guided by Silo City’s new Director of Ecology, Josh Smith, who explains below how it’s all unfolding.

How did you earn the title of Director of Ecology at Silo City?

I attended an event at Silo City in 2013 and literally fell in love with the landscape. By 2014 I had talked Rick Smith, our Catalyst in Chief, into allowing me to develop a food waste composting facility on site. Over the next several years we instituted many Green Infrastructure projects including pollinator gardens, riverfront habitat restoration, native plant nursery, stormwater treatment and more, through my work with PUSH Buffalo. In 2018 it became clear that our dynamic stewardship of these 27 acres required my efforts full-time and I was hired on. I consider myself extremely lucky to be able to make a living engaging people in accelerating the ecological succession of this place. 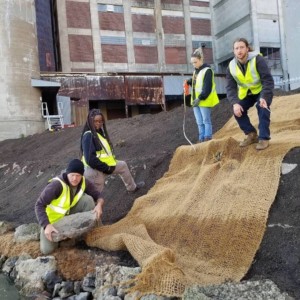 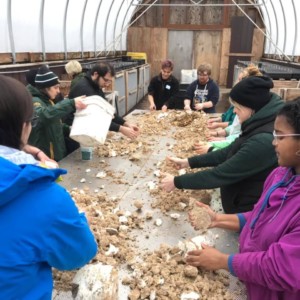 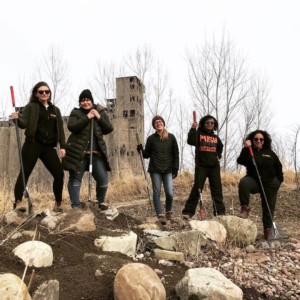 What inspired you to pursue this kind of work?

I’ve always been painfully aware of the damage humans visit on each other and the earth. Working out new ways of being with each other and our environment feels like the only worthwhile thing to do.

What are the greatest challenges to the work?

The biggest challenge is helping people overcome their despair and apathy, to realize their ability to create change. Providing the opportunity for folks to engage their minds and bodies in meaningful, creative work is what we do. 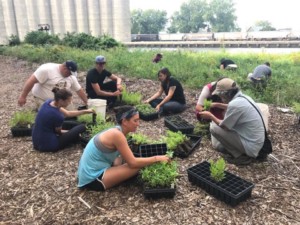 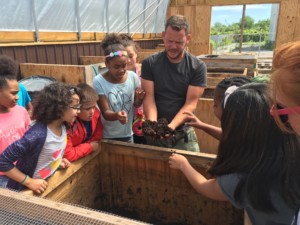 From death and decay comes rebirth. Buffalonians know this as well as anyone. From the psychological petite mort we experience every winter, to our recent economic and cultural rise from the ashes. Many are drawn to Silo City to witness the ruins of the grain shipping industry that built this city. Experiencing these relics up close and imagining the heyday bustle is awe inspiring. But there is also inspiration to be found in the fecundity of nature on this 27 acres where decades of human abandonment has set the stage for new ecological relationships to evolve. 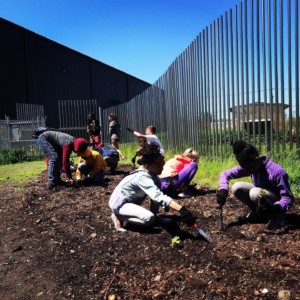 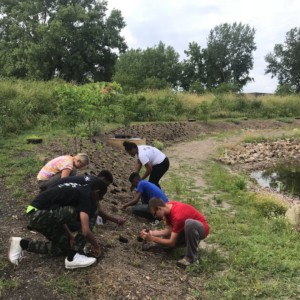 Located on the Buffalo River not far from where it empties into Lake Erie, the Silo City campus was once a floodplain known as Dyosowa or Land of the Basswood by native peoples. It was filled in and built up to accommodate industry and transportation, radically changing the ecological trajectory of the site. Aerial photos from as recently as the 1990s show an industrial moonscape practically devoid of vegetation.

As each of the corporations that operated on this peninsula closed its doors, new forms of life began to find purchase in the novel new landscape. Cottonwood trees floated millions of their seeds out over the railroad lines like every year before, but without herbicide treatments to keep the tracks clear, a forest took hold. Pockets of plants that had survived the mower in odd corners and ditches began to colonize the compacted bare ground where trucks, trains, and buildings once stood. These were not the marsh plants that lived her 500 years ago, but unintentional introductions from near and far that could survive the radically altered hydrology with only rubble to serve as soil. Honeybees constructed hives in boarded up windows. Peregrine falcons found the silos a workable substitute for the cliff faces they prefer to nest in. Red Fox dined on the rats who ate the last of the stored grain.

Today, this place is a living laboratory of ecological regeneration. Inspired humans work toward advancing the evolution of biodiversity on the site instead of doing battle against it. Architecture students construct sculptures to host honeybees and fungi. School children plant and tend gardens of native wildflowers to feed insects and birds. Unemployed young adults are trained in waterway restoration and stormwater treatment techniques. A nursery constructed on abandoned concrete foundations produces thousands of native plants to repopulate the grounds. Soils are enlivened with compost produced on site, made with 110 tons of food waste diverted from landfills each year. Meandering trails allow visitors to observe and experience the grounds, the monoliths of the silos providing a striking backdrop for nature photography.

For information on tours, workshops, and events, see our website. 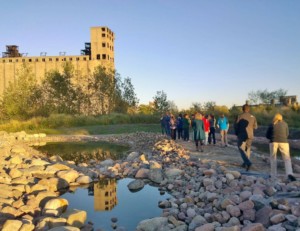 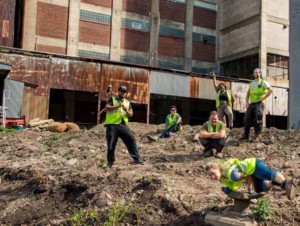 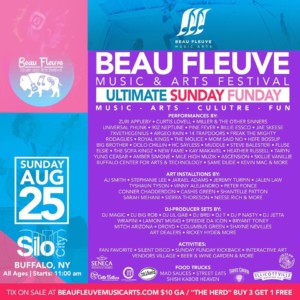 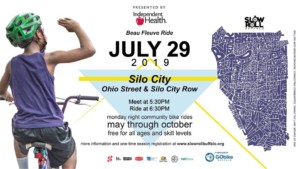