Our free and inclusive Lower West Side this coming Monday, October 15th, brings us to the new Community Beer Works (CBW) brewery at the corner of 7th and Jersey Streets (520 7th), which has beautifully breathed new life into a big abandoned building. Learn more below from CBW President and Main Instigator Ethan Cox.

When was the building built, what was its original function, and when did CBW move in?

The building was constructed as the Schaefer Brothers Malthouse in 1888, with most of the additions we occupy built in the mid-twentieth century. We began construction in earnest in the fall of 2017. 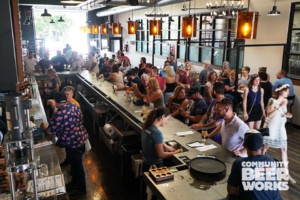 What’s in store for the original Lafayette location and your other outposts?

Lafayette continues to pump out beer, helping us to keep 20 beers on at any time so far at the new place. Niagara Falls is on deck for construction to being before the end of 2018, I’m hoping that’s soon.

How does CBW contribute to our community?

So many ways, from hosting fundraisers such as our Be Like Frank events to community cleanups and donations to charities. We’re very explicit on the need for a successful business to support the community it serves.

We employ the only Local Beer Celebrity in town, and possibly, anywhere, and his name is… 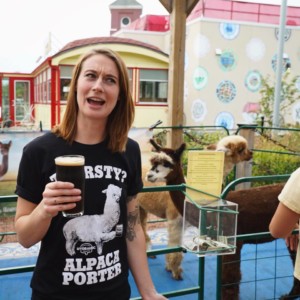 What other events happen at the brewery?

We have a penchant for nonsense, tomfoolery, and occasional shenanigans. So, we like to hold events for dogs, Christmas In July (In January,) and around beer releases which themselves often have utterly ridiculous names, such as Pantomime Horse or This Beer Kills Fascists. 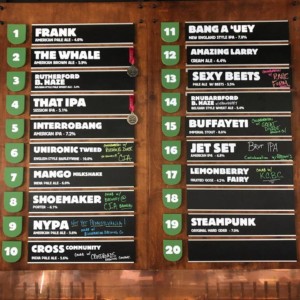 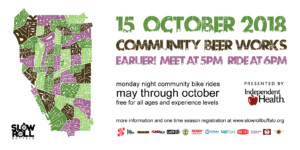