Our Grease Pole Ride this coming Monday, July 9th (meeting at Olivencia Community Center, 261 Swan Street, 6:30pm sharp start), will stop in the Lovejoy District, where our outreach has led many to introduce us to the spirited neighborhood activism of Pastor Al Robinson, who will take the bullhorns to talk with riders and took time here to talk about his adopted home.

How long have you lived in Lovejoy, and what brought you there?

I have lived in Lovejoy since 2010 – I’m a pastor so this is a place the Lord drew us to. To be honest, it wasn’t an ideal place for us due to its historical intolerance to diversity.

Care to expand on that?

If you do a quick Google search you will find that they used to burn people’s houses down, beat them up, name call and generally hate people different then them. The Lord works in mysterious ways, because now I pastor a church that is 80% white.

How do you describe Lovejoy to folks who haven’t been?

Resurgent. Young families with great ideas about developing and returning Lovejoy back to its grandeur of times past. New businesses are popping up. The stalwarts that are holding onto the vacant bordered up storefront are being challenged by the new generation of doers and go-getters.

What are the greatest assets and challenges in the neighborhood today?

The greatest assets of Lovejoy are its people and its rich historical perspectives. Lovejoy is named after Sarah Lovejoy, an American killed in December 1813 during a British-Indian raid on Buffalo during Niagara Frontier warfare of the War of 1812. 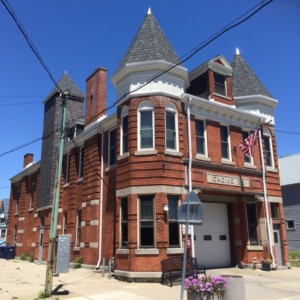 Now Lovejoy is commonly referred to as “Iron Island.” The Lovejoy area is located on land once owned by Millard Fillmore. The name came from the idea that railroad tracks circle the entire perimeter of the neighborhood. Iron Island is a legacy name which has more or less stuck with the neighborhood. In 1847, Millard Fillmore owned land in the neighborhood bounded by William and Broadway between Goethe and Ideal Streets. He sold the land in 1850 to Joseph and Sarah Churchyard, who for many years farmed it. In the later years of their lives, they gave up farming altogether. On August 25th, 1877, the Churchyards filed a deed in County Hall designating the division of their property into building lots.

Lovejoy is a blend of many distinct cultures in such a geographically compact area. 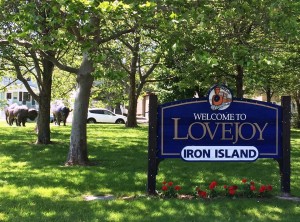 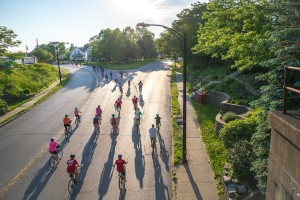 How do you go about making Lovejoy a better place for all?

First and foremost, you have to sanitize an area from drugs and drug dealers, so we formed the East Lovejoy Community Task Force, which consists of several families on each block that observe and report. We also have a network of cameras that we use to enhance our crime-solving capability. This has lead to raid after raid. As a result, property values have gone up considerably, while new young families move in. Our school is now a community school that has family learning and activities on Saturdays during the school year. And we are revitalizing and beautifying Lovejoy with gardens, lights, and flower pots that each family maintains.

The Lovejoy task force consists of New York State Police, CPD, DEA, FBI, BPD, ECSD, and Border Patrol. We are also a part of the Opiate Task Force – they have done a fantastic job here in Lovejoy that was once a “hub” of drug trafficking. This is a big deal because other places want to mimic what we do here. We have even impacted our heroin overdoses to lower them year over year. This is all a start to gaining back our business strip. Our first cafe will open later this month. 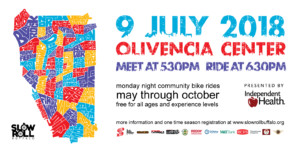